Funny right? lol, you can actually make something even more funny compared to what you’ve seen in the screenshot. But how? We’ll be discussing that in the guide ahead.

Read also: HOW TO GET ANDROID NOTIFICATIONS DIRECTLY ON PC

How To Create A Fake WhatsApp Conversation On WhatsApp

WhatsApp is one of the most popular instant messaging app of our time as we each day do chats with our colleagues and families via this app. But, have you ever thought of creating a fake WhatsApp conversation and share with friends? it could be really fun, you know? while you’re still thinking of how to achieve this or you’re probably wondering if this is even possible. Yes, it’s really possible, you can formulate a funny conversation and share them with your friends.

you could escapade along with your friends using this cool WhatsApp trick.

Steps To Create A Fake Chat Conversation On WhatsApp

In this guide, we’ll be sharing a very easy method which you may use effortlessly to create and send fake WhatsApp messages with your pals and can make a fool of them. We’ve put together a few apps that can help you achieve this, simply follow the simple guide below to create a fake WhatsApp chat.

WhatsFake is one of the exceptional apps for iPhone to create a fake conversation on WhatsApp in your iPhone and it’s also available for download for Android users on Google playstore. Just download and install this app in your phone and have fun with creating fake chat messages and fooling your pals.

With WhatsPrank, you can create fake chat screenshots that look real with this app. WhatsPrank provides you with the great PRANK for WhatsApp. users simply need to install the app on their iPhone and can have a laugh with the aid of creating fake communique.

READ:  How To Check And Link Your NIN To All Networks In Nigeria There are several other Apps to create fake WhatsApp conversation on Android and iOS devices. Using the keyword Fake chat in the app store will list tons of similar apps which you can also use to make funny WhatsApp images. You can also try these alternatives; 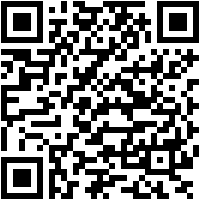 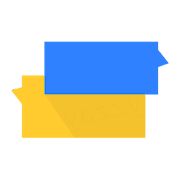 Each of these apps has great and unique features. You can get them from Google play store.

Read also: How to Monitor Your Spouse Text Messages

How To Get Google Camera 8.1 On Any Android Smartphone?